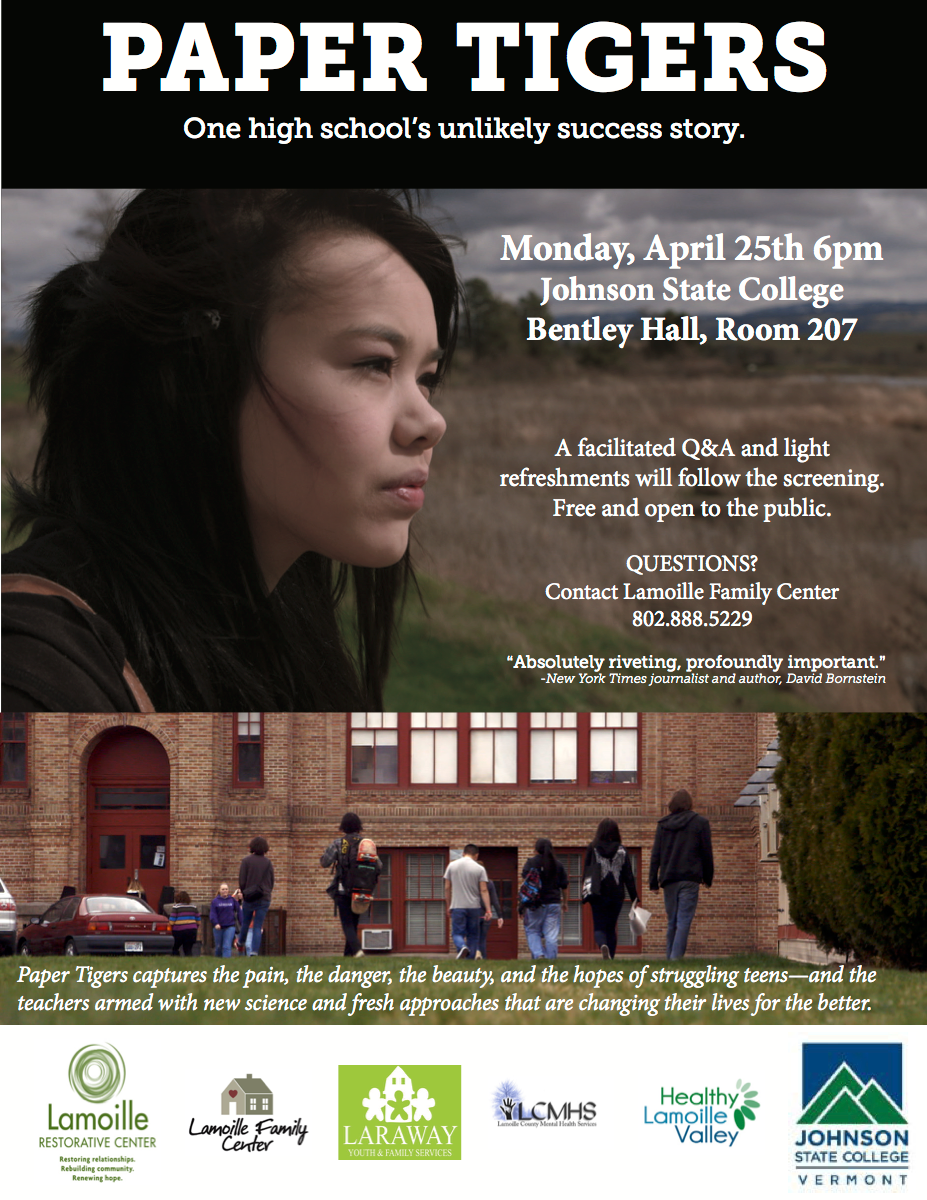 LCMHS is teaming up with local community partners to present the film Paper Tigers at Johnson State College (Bentley Hall) on Monday, April 25, 2016 at 6pm..

Paper Tigers follows a year in the life of an alternative high school that has radically changed its approach to disciplining its students, becoming a promising model for how to break the cycles of poverty, violence and disease that affect families.

“Stressed brains can’t learn.” That was the nugget of neuroscience that Jim Sporleder, principal of a high school riddled with violence, drugs and truancy, took away from an educational conference in 2010. Three years later, the number of fights at Lincoln Alternative High School had gone down by 75% and the graduation rate had increased five-fold.

Paper Tigers is the story of how one school made such dramatic progress. Following six students over the course of a school year, we see Lincoln’s staff try a new approach to discipline: one based on understanding and treatment rather than judgment and suspension. Using a combination of vérité and revealing diary cam footage, Paper Tigers is a testament to what the latest developmental science is showing: that just one caring adult can help break the cycle of adversity in a young person’s life.